A FANTASTIC RACE DAY FOR ALL

Coaches and parents are the motivating force that encourages NICA student-athletes to do their very best to attain their race goals at every race.  They also serve as ambassadors and role models who are expected to abide by a code of conduct that serves as an example to all student-athletes. In addition, all NICA student-athletes must abide by Trail Etiquette & Code of Conduct which covers the aspects of safety and respect.  Here are some key rules for parents and coaches as outlined in the NICA Rulebook, and we encourage you to dig in to the rulebook for more.

Welcome to the NICA community! As a representative of the community, student-athletes and parents/caregivers agree to follow this code of conduct to maintain a culture of safety, responsibility and respect. Parents and guardians are asked to review and agree to the code of conduct with their children during the registration process.

All coaches and team assistants must comply with all helmet rules at all team practices, team events, and League races. In the event a coach is seen riding without a helmet, a 25-point penalty will be applied to his or her team’s score.

Coaches have a duty of care to their student-athletes at every event. This duty of care begins at the time designated by the team for student-athlete arrival and it ends at the conclusion of the event. The Head Coach, or someone acting as interim head coach, must remain at the venue until the last student-athlete from his/her team has departed, except in the case that any remaining student is in the care of a parent or legal guardian.

League officials have complete and total discretion for the implementation of the rules regarding appropriate sporting behavior.  It is required that all coaches will demonstrate respect for and deference to the person and the decision of the League officials as it relates to sporting behavior of student-athletes, parents, other coaches, and other League officials, and a failure to do so may result in restrictions imposed on a coach’s or student’s participation in the League.  Coaches will also display mature and positive behavior during every event and in all interactions at all times with student-athletes, parents, other coaches, and League officials. Coaches must serve as role models to student-athletes, thereby demonstrating fair and calm response in the event protests, complaints, conflicts, or emergencies. Coaches are expected to be focused not just on winning, but on helping student-athletes develop positive character traits, learn life lessons, and grow into healthy young adults.

Parents shall comply with the helmet rule at all races. Parents riding bicycles without helmets will receive two warnings. After a third infraction, the parent’s student-athlete will be penalized 25 points at the race where the infraction occurred.

Parents must wear helmets for the following reasons:

Parents must handle protests, complaints, and/or conflicts with a positive and respectful attitude (see Rule 12.3).  Parents should keep in mind that League officials have complete and total discretion for the implementation of these rules.  It is required that parents will demonstrate respect for and deference to the person of and the decisions of the League officials and failure to do so may result in restrictions imposed on a student’s participation in the League.

Any race protest must be filed by Head Coaches. Parents must communicate concerns to head coaches who will then take concerns to the League Staff.

PARENTS RIDING AND PROVIDING SUPPORT ON THE COURSE

For purposes of safety and fairness to the participants, the following rules must be observed by all parents, coaches and all other persons in attendance, other than racers during their race:

A violation of this rule will result in an orange level penalty against the team that the League Director determines to be the intended beneficiary of such action.

It is expected that all parents will conduct themselves with a mature and positive sporting attitude during every event.

What ALL ADULTS can do to encourage positive sporting behavior: 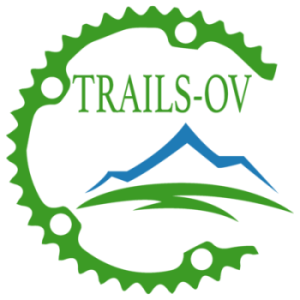